The international conference Intelligence in the Knowledge Society is organized by the “Mihai Viteazul” National Intelligence Academy. This academic event targets scholars and practitioners in the field of intelligence and security studies, as part of a long term effort to develop a specific Romanian academic perspective on intelligence.

Intelligence has, over the past two decades, increasingly garnered popular attention as the wider public has become more and more aware of the inner workings of a previously secret world. As global events have taken unexpected turns, the seemingly forgotten logic of interstate conflict has re-emerged, giving renewed value to the currency of hard power. Within this context, intelligence has become, once again, a tool for informing critical state decisions and of non-attributable power projection.

With the advent of the information age, global powers developed technical capabilities that far outmatch anything that was imaginable even two decades ago. Conversely, while lacking the sophisticated capabilities of world players, small states have the potential to excel in providing regionally- anchored knowledge and original approaches to the solution of culturally specific problems.

Within the midst of this turbulent time, academic intelligence studies have developed gradually as a discipline, employing methods and theories from political science, international relations and security studies. The study of intelligence policies and organizations, as well as intelligence cultures and trans-national cooperation has complemented the traditional writing of intelligence history.

At the crossroads of the Continental, Mediterranean and Central Europe, Romania lies in a triple geopolitical intersection that shapes an unique security culture and an international orientation translated into both a challenge and a strategic advantage.

For more than two decades, the Intelligence in the Knowledge Society conference, organized by the “Mihai Viteazul” National Intelligence Academy has represented a forum for encounters of intelligence academics and practitioners. While the barriers between the two professional groups sometimes seem insurmountable, the IKS conference has constantly and consistently contributed to the generation of a common language and to the sharing of information between scholars and representatives of intelligence services.

The XXV edition of the Intelligence in the Knowledge Society conference takes places in the context of the COVID-19 pandemic and the fluctuations of the virus at national, European and global level.TherapidspreadofCOVID-19hasgeneratedchangesinallareas,actingasaninvisibleglobal enemy.Intelligenceorganizationsarealsodealingwiththenewtypesofthreatsassociated totheconstantdevelopmentofnoveldatatoolsandtechniques.Forbeingsuccessfulin preventingorcombating(nextgeneration)securitythreats,intelligenceorganizationsand governmentscanlookintothecollaborationbetweennationsbasedoncommoncultural knowledge,goodcommunicationskills,integratingaspectsofdigitalchangesintermsof legislationandtools,orreshapingoldstrategies.

Considering the above mentioned context and with the aim of taking advantage of the benefits that the classic format of the IKS conference offers – like academic conversations, partnership and networking opportunities, or sharing experiences and practices with experts within the same field of interests -, the XXV IKS edition will take place in two stages: 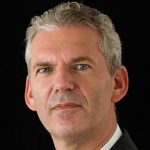 The 22nd edition of the IKS Conference, about which I had heard already many good tidings in the past, lived up to my expectations in all respects: a gathering of collected wisdom and experience in intelligence from around the world hosted by a combination of Romanian efficiency and hospitality. Great presentations on current and potential developments in intelligence and its task and value environment, much food for thought and the possibility to make easy connections amidst many familiar as well as a host of new faces. It all contributes to the development of intelligence studies as an academic discipline in Europe, which I can only applaud as the chair of the European Chapter of the International Association for Intelligence Education. 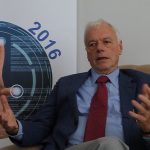 The October 2016 Conference sponsored by the National Intelligence Academy of Romania continued a tradition of focusing on current and future intelligence issues of common concern to an international assemblage of practitioners, academics and experts. The topics of discussion included improved analytical tools, informational warfare techniques, policies for encryption challenges, intelligence agency cooperation efforts, radicalization as a prelude to terrorism and intelligence education. The scope and organization of the conference permitted and encouraged participant discussion on all topics of intelligence interest. Beyond the substance of the presentations, the conference demonstrated the areas of common concerns among the participants from all over Europe and North America. The conference encouraged continued future contact among the various government agencies and international experts on such issues as analysis and terrorist prevention. On transnational issues like terrorism, proliferation, organized crime and rogue states, the conclusion at the conference was that intelligence agencies and experts must work together on these threats common to all. 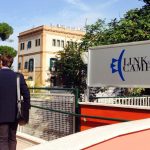 It is always a pleasure to be back at IKS, the international conference on Intelligence in the Knowledge Society, organized in Bucharest by the Romanian Intelligence Academy. For me it is an opportunity to meet colleagues, friends and other intelligence scholars. The several panels tried to cover most of the issues and topics that contemporary intelligence activities have to face: cognitive biases, open sources, cyber warfare and the like. Particular attention was devoted to the problem of privacy and backdoors in communication systems. An interesting presentation described the recent EU-funded ARMLET project for training air marshals. My contribution tried to highlight the necessity of exploratory methods to elicit new hypotheses, in order to diminish the typically confirmatory nature of intelligence analysis. As a side note, I would like to have more room for an open discussion at the end of each presentation (and not of the session), in order to encourage a seemingly shy audience to ask questions and challenge the lecturers.